Will it fly? No. No, it will not. But it was a great learning experience! 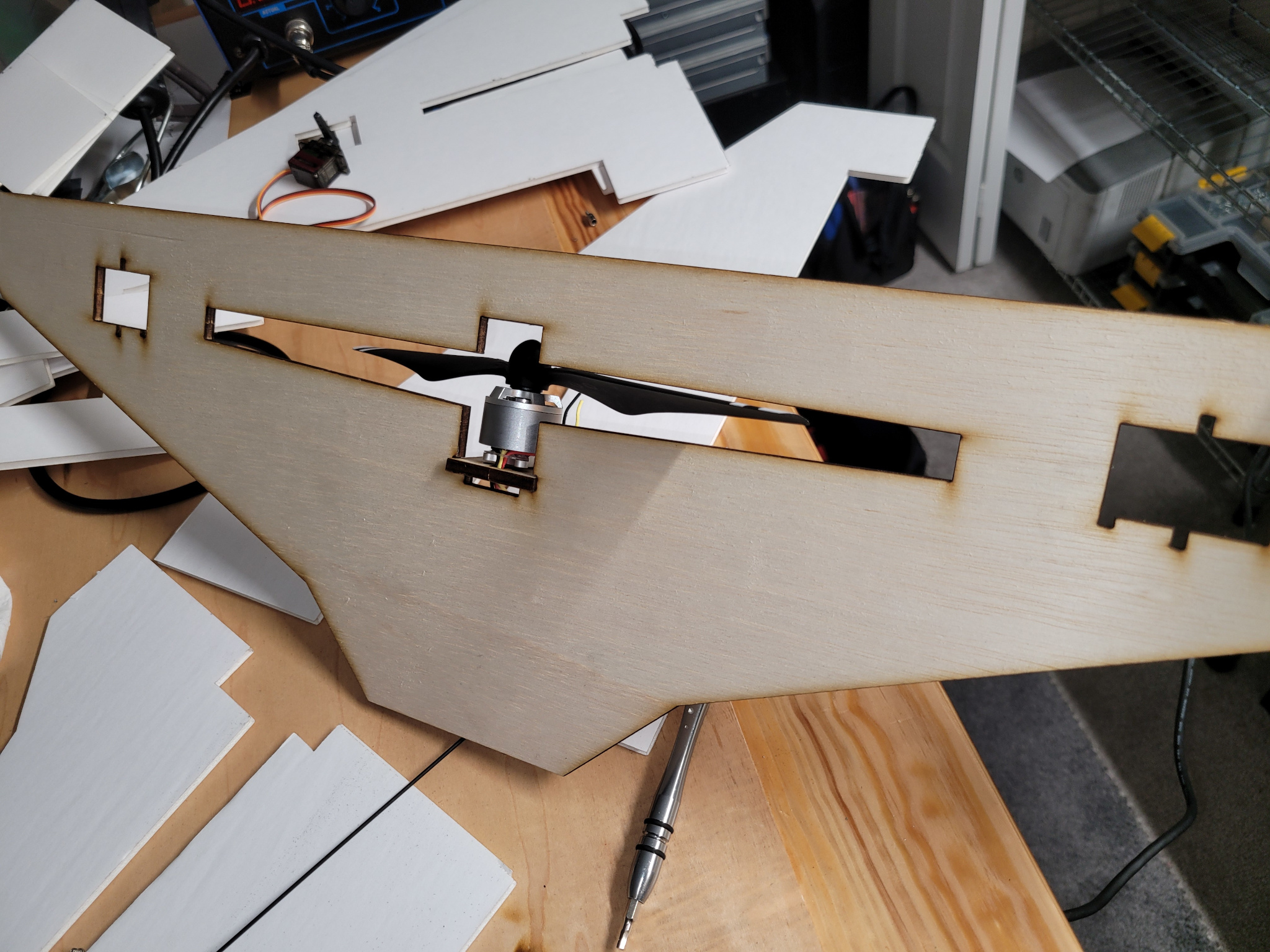 No.
It did nothing close to flight, but the build process was still fun.

Having been passionate for RC flight and rotorcraft, fixed wing flight has always been an interesting area for me – not having the ability to hover in spot, needing to maintain airspeed, is a concerning factory I have seldom had to deal with before.

Not wanting to instantly destroy the first foam plan I eventually buy, I decided to try my hand at using my laser cutter to design and build a flying wing using parts from the hardware store and things already found around my shop.

Using LightBurn I created a basic outline for what would be a flying wing. Measuring 30″ wide the width was too large to cut in a single pass with the lazor, meaning that each layer would be two pieces joined together, and using a layers of material would allow me to perfectly hide a servo inside the wing itself. After cutting all my pieces and trying an initial configuration of the servos and ailerons on a sacrificial wing, I was ready to assemble the “flight ready” wing.